One of the dogs that was rescued from the empty house last year is now under the care of the Penang Veterinary Department. — Picture courtesy of Penang veterinary department

GEORGE TOWN, Sept 7 — A clerk was fined RM30,000 by the Sessions Court here for animal cruelty after she admitted to neglecting two dogs, leading to the death of one of it, in March last year.

Oh Ju Lian, 40, admitted to the charge of causing unnecessary pain and suffering to the dogs that led to the death of one of the dogs while another was left malnourished and almost lifeless.

She admitted to committing the offence at a house in Tanjung Bungah at about 3pm on March 4 last year.

128
How to Install Newswav
1. Scan the QR code below
1. Tap this button 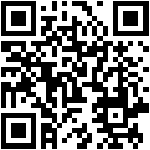