Fire breaks out at the Mines & Resort Golf Club

KUALA LUMPUR, Dec 15 — The Fire and Rescue Department (JBPM) is still investigating the cause of the fire that broke out at the Mines Resort and Golf Club in Seri Kembangan yesterday afternoon.

Selangor JBPM director Norazam Khamis said the blaze destroyed about 30 per cent of the double-storey building.

“No one was injured in the fire in the area of about 10,000 square feet,” he said when contacted.

Twenty fire-fighters were rushed there in four trucks after the department was notified at 3.20pm, he said, adding that the fire was brought under control at 4.20pm.

The damage had yet to be ascertained, he added.

The post Fire breaks out at the Mines & Resort Golf Club appeared first on Selangor Journal. 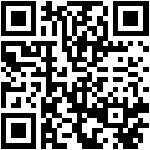