Advice to all WhatsApp users Kuala Lumpur: The Malaysian Communications and Multimedia Comission (MCMC) has issued an advisory to WhatsApp users to be wary of scammers who are able to hack into and take over their accounts.

MCMC said the scammers resort to various tricks to deceive users to hand over their 6-digit verification code received through WhatsApp. Usually, users receive the 6-digit code for the purpose of verification when they attempt to change their phone number which is associated to a Whatsapp account.

1.7k
How to Install Newswav
1. Scan the QR code below
1. Tap this button 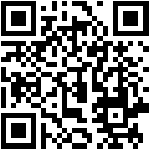