KUALA LUMPUR, March 27 — The police arrested six individuals suspected of being involved in a terrorist group around Kuala Lumpur, Selangor, Perak and Penang on January 6 and 7.

He said during the operation carried out by the Bukit Aman Special Branch, the police also seized two Daesh flags, a machete and a knife.

“All those detained are members of ‘Anshorullah At-Tauhid’, a Daesh cell set up in October 2019 aimed at promoting the ‘Salafi Jihadi’ ideology by recruiting new members and launching attacks in Malaysia.

“PDRM’s investigation found that three of the arrested individuals had issued death threats to former Prime Minister Tun Dr Mahathir Mohamad and several of his Cabinet ministers,” he said in a statement yesterday.

Homecooking For love one
•
8 months ago
When u ate fanatic about religion you lose your mind.
Anas John
•
8 months ago
This is nothing, the real treat is 200 from Syria waiting to come back. Combat ready !
3
Daniel Teoh
•
8 months ago
Good job for police. Keep it up
Kyk Adversity
•
8 months ago
Why such an old man also wants to kill.
Kennel Ling
•
8 months ago
well done!! pls do that for your own country.buat sikit kebaikan la
How to Install Newswav
1. Scan the QR code below
1. Tap this button 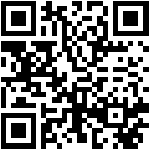