The Vibes
The Vibes

KUCHING – Three politicians here have slammed the Health Ministry’s “gag order”, saying it should look into the issues raised instead of trying to silence whistle-blowers.

Bandar Kuching MP Dr Kelvin Yii of DAP told The Vibes that the ministry “glorifies” frontliners when it is convenient for them, but threatens them when it isn’t.

He said the ministry is instilling fear of speaking up in frontliners when it should be investigating irregularities in the Covid-19 immunisation plan.

“The Health Ministry should investigate the concerns highlighted by its staff who brought up red flags in the vaccine roll-out plan,” said Dr Yii.

Aspirasi president Lina Soo said the ministry is killing the messenger, instead of providing solutions to the misdeeds pointed out.

Anas John
•
1 month ago
MoH full of shits, just go any hospital before and currently you die waiting. Lousy service full of shits !
BlackMarket SouthEastAsia
•
1 month ago
The Land where whistleblowers are silenced n punished..
1
Joseph Quek
•
1 month ago
Assholes trying to gag ppl from whistle blowing. Another 3rd world cuntry.
1
+60 12*****97
•
1 month ago
Typically our very own style
1
Foteh Majid
•
1 month ago
Totally agree
How to Install Newswav
1. Scan the QR code below
1. Tap this button 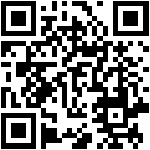