SkySport
The best live coverage of your favourite sports

The 23-year-old scored twice in that victory before being involved in a second-half collision with Rebecca Holloway that saw her leave the pitch in a knee brace on a stretcher.

Scans have since revealed the extent of the injury, with the striker ruled out of the remainder of City's season including the final day race for the Women's Super League (WSL) title.

News of Kelly's injury could also be a major setback for Great Britain, with the squad for the Tokyo Olympics set to be named later this month.

Image: Kelly scored twice in City's win over Birmingham before being stretchered off

A club statement said: "Chloe Kelly is set for an extended spell on the sidelines after suf 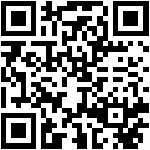