Datuk Seri Ismail Sabri Yaakob is expected to hold a press conference this afternoon at around 5pm. — Bernama pic

Subscribe to our Telegram channel for the latest updates on news you need to know.

KUALA LUMPUR, May 4 — Senior Minister Datuk Seri Ismail Sabri Yaakob is scheduled to hold a press conference this afternoon at around 5pm, after days of speculation that a movement control order (MCO) will be reintroduced in the Klang Valley as well as several states.

On Sunday (May 2), English daily The Star reported sources as saying that the government is set to announce a two-week MCO starting from May 3 in Selangor, Kuala Lumpur, Penang, Johor and Sarawak.

Malaysia has so far had two iterations of the MCO — either nationwide or covering most parts of the country. 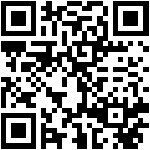