BUKIT MERTAJAM, May 4 -- A man suffered injuries on several parts of his body when a tree fell on the car he was driving along Jalan Utama, Kampung Pelet here today.

“When the firemen arrived, the victim had been rescued and sent to the Seberang Jaya Hospital," he said when contacted.

He said the man was reported to be in a stable condition. 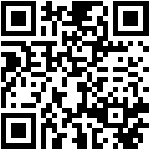