Willock has impressed since joining Newcastle United on loan back in January - scoring four goals - and it seems Arteta is keen to give the 21-year-old a chance this summer.

“He has a chance", Arteta replied when asked whether Willock would be given a chance in pre-season to prove himself.

“He is a player we really like so at the end of the season he will come back here and then we will make the decision again for what is best to move forward."

In the last four weeks, Willock has scored three crucial goals which have played a vital role in increasing the points gap between Fulham and Newcastle in the fight for Premier League safety. 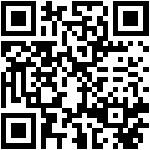