(Note: This story has been updated with Dr M's social media response.)

KUALA LUMPUR (May 4): Tun Dr Mahathir Mohamad has already responded to a letter of demand (LOD) issued by former inspector-general of police (IGP) Tan Sri Khalid Abu Bakar that accused the former premier of defamation over his claim that there was a leak in the 1Malaysia Development Bhd (1MDB) task force in 2015, which the senior politician apparently attributed to Khalid.

Dr Mahathir's lawyer Mior Nor Haidir Suhaimi of Messrs Haidir & Co told theedgemarkets.com that the former premier had already filed his response to the LOD.

"Tun will issue a statement soon," he said, adding that more information will come later.

The former premier then went to Twitter this afternoon, where he confirmed that he had received the LOD from Khalid, and wrote that he would see Khalid in court. "I've instructed

Yow W T
•
3 days ago
Side story besides the main one "fighting covid-19 MCO etc etc"
+60 19*****96
•
4 days ago
That what happens when u put an old jaga to guard ur house. He forgets or asleep to lock backdoor and other people can enter. Now grumbling here n there. Listen to the song don't let the Oldman in. Movie the mule starring Clint Eastwood.
1
David Chan
•
4 days ago
When in power and did not take action against joker, now joker bite you back in the court.
2
robert seah
•
4 days ago
Looking forward to another Mysia drama series
1
Saffe Mohd Yusof
•
4 days ago
No need to sue la, just enjoy your remaining years happily ma...wang banyak can enjoy.
1
How to Install Newswav
1. Scan the QR code below
1. Tap this button 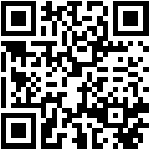