SkySport
The best live coverage of your favourite sports

A number of supporters forced their way into Old Trafford prior to Sunday's scheduled 4.30pm kick-off against Liverpool as a demonstration against the club's owners, the Glazer family, escalated into incidents of damage and violence.

The fixture was postponed around an hour later amid the disruption with a decision yet to be made on a re-arranged date for the game to be played.

GMP said "12 officers have now been identified as injured so far. The most serious being an officer with a broken eye socket and slash to the face".

GMP Federation recently said the officer who sustained an eye injury was "lucky not to lose his sight", remains in "lots of pain" and will need an extended period off work to recover. 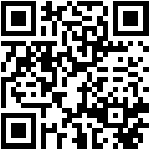