Stelling spoke about the belief that clubs such as Tottenham and Liverpool put pressure on top-flight bosses to reject the attempted buy-out - and following the European Super League proposals said the theory, which was put forward by Amanda Staveley, might not be 'so daft.'

The discussion on the takeover - which is currently set for arbitration - began with Paul Merson, a panellist on the show, joking that the deal had been going on longer than a 'sofa sale that will end on Bank Holiday.'

Stelling responded: "This is the public investment fund of Saudi Arabia, who were effectively blocked – a lot of the fans believe, and I don't know whether this is a Machiavellian plot, but the big six could have p 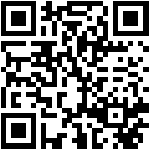