Bill Gates and Melinda Gates announced on Twitter Monday that they are splitting after 27 years of marriageThey said they will continue their work together at the Bill & Melinda Gates FoundationThey tied the knot in Lanai, Hawaii, in 1994 and share three children together

Bill Gates, who co-founded Microsoft, and his wife Melinda Gates are divorcing after being married for almost three decades.

The couple, who co-chair their global health and development charity Bill & Melinda Gates Foundation, announced on Twitter Monday that they are going their separate ways after 27 years of marriage. They said they plan to continue working together at their foundation.

"After a great deal of thought and a lot of work on our relationship, we have made the decision to end our marriage," Gates and Melinda wrote.

"Over the last 27 years, we have rais

Paul Lam
•
4 days ago
2 tis day femerlee not taken a shot same2 2 ceo fiser...???.... ???
Paul Lam
•
4 days ago
Reeson v simple, cannot tahan hubbee creating software in monitoring human lives reduce pop 2 500k wif...... m rna..... as claimed bi merdonah..... ???
Andrew Lim
•
4 days ago
Time to change car.
1
•
4 days ago
Bill will be sad for sure. Melinda is more the playful kind while bill is the emotional one
1
•
4 days ago
Even when they end their marriage. They are very professional and act like marriage just another contract term. Great!!
6
How to Install Newswav
1. Scan the QR code below
1. Tap this button 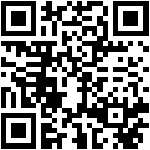