The Vibes
The Vibes

“The standard operating procedures (SOPs) for all EMCO areas is the same as that announced previously. Further information can be accessed at the National Security Council’s website,” he said in a statement on the MCO today.

palaceofjustice
•
1 day ago
Turtle Egg management still playing around with these. Probably trying to justify his big salary. 🤣
Anas John
•
2 days ago
How confusing can it be, already in full lock down and yet what this dude is talking. Currently nobody knows what is what anymore. This 99.9% shameless BD gomen have ...fail !
4
Paul Lam
•
2 days ago
Ytd 11 now 12 2morow 13..... on on... loti canai gareng leh..... ???
Bala Krishna
•
2 days ago
Whole year mco emco.. Y not lock down
1
How to Install Newswav
1. Scan the QR code below
1. Tap this button 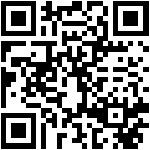