KUALA LUMPUR – Pejuang’s decision not to work with Pakatan Harapan (PH) ahead of the next election is because the party sees the opposition coalition as a political baggage, said Tun Dr Mahathir Mohamad.

The party chairman – who once led PH to victory in May 2018 and was later appointed as prime minister – said he was aware of the dissatisfaction towards PH and would not allow this to drag his new party down.

He reiterated Pejuang’s stand that it will serve as a third political force in the country that champions the fight against corruption.

“We want to be free so the people will see us as a party that fights corruption. We want the people to support us for our stand,” he said in a virtual press conference after chairing its weekly meeting today.

“But when you are linked to other parties, their baggage and past will affect us. There are some wh

Andy LEE
•
3 months ago
u r the baggage
Battle Warship
•
3 months ago
Fu mamak
Norman Woo
•
3 months ago
This is what the peoples traitor talking!
•
3 months ago
Tun at 95 you still have not learnt courtesy and respect for your own politicians. You only used each one of them to project your agenda and to attain your personal gain…even those you mentor personally are subjext to your ridicules and insults! You think that only you are the best that Malaysia has ever produced! The short coming of thise you groomed who later turn against you speak volume of your personality traits and your trust worthiness! Why did they betray you? You betrayed your oath and those who trusted you like the PH and you put some into prisons and under ISA too! Ingat , reflect dan bertaubatlah jangan gila kuasa…at 95…its almost time, could be sooner than you thought! Life is not all about power, politics and being PM! Be grateful that you held the helm twice already!
1
tallman kl
•
3 months ago
Tun, i really hope u are reading all the comments here. Harap Tun faham yer...if masih tak faham lagi, then tak tau la apa nk cakap lagi...
2
How to Install Newswav
1. Scan the QR code below
1. Tap this button 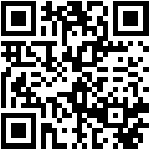