For fitness enthusiasts and gadget freaks, there's good news: the first-ever Facebook smartwatch could be in the works. Reports claimed that the social media giant's smartwatch will soon come out with detachable cameras and heart monitoring functions.

A leak confirmed Wednesday that Facebook is working on its own smartwatch with detachable cameras, sources who requested anonymity said while discussing internal Facebook matters without permission, The Verge reported.

The sources said the smartwatch display with two built-in cameras can be removed from its stainless steel frame to capture photos and videos. Wearers may use their Facebook smartwatch to share their captured moments through Fa

54
How to Install Newswav
1. Scan the QR code below
1. Tap this button 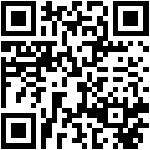