Na In Woo, Cha Chung Hwa, And More Are Charismatic Professors In “At A Distance Spring Is Green”

KBS's upcoming drama "At a Distance Spring Is Green" has released new stills of the professors in the show.

"At a Distance Spring Is Green" is a college campus drama starring Park Ji Hoon, Kang Min Ah, and Bae In Hyuk. Na In Woo appears in the drama as Yeo Joon Wan, the older brother of Park Ji Hoon's character Yeo Joon. He is also the youngest professor in the business department at the university where his brother attends. However, he has a complicated relationship with his little brother.

Cha Chung Hwa plays Professor Song, an authoritarian professor in the business department who is cold and rational. She takes a dislike to the "romantic" atmosphere on campus and believes that university is a competition and a battleground rather than a playground for young people.

Lee Roo (Eru) plays Professor Park, who is completely opposite to his senior Professor Song. Unl 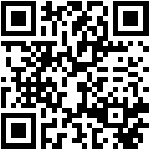