Get ready to go behind the scenes of Brave Girls' new music video on MBC's "The Manager"!

In a newly released preview for next week's episode of the popular reality show, Brave Girls gets ready for their highly-anticipated comeback with their upcoming mini album "Summer Queen."

The clip begins with a sneak peek of Brave Girls filming their summery music video for their title track "Chi Mat Ba Ram," before the group's manager remarks, "They say that on the day of their music video shoot, it's okay for them to eat more [than usual]." Sure enough, the preview then shows the Brave Girls members wolfing down their food behind the scenes.

Once their energy is fully recharged, the idols return to filming their video while happily fooling around with each other on set-leading their agency head Brave Brothers to jokingly tell them to cut it out.

The preview wraps up 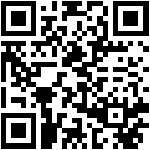