Jung Il Woo And Yuri’s Teamwork Shines Brighter Than Ever In “Bossam: Steal The Fate”

The previous episode depicted the sweet honeymoon life of Ba Woo and Soo Kyung. Ba Woo was returned to his aristocratic status, and they moved into a better home with his mother and sister. However, their happiness was short-lived when Ba Woo was "accidentally" shot by Lee Yi Cheom's (Lee Jae Yong's) henchman.

Viewers who were shocked by the unexpected ending were greatly relieved to see the preview for episode 13, which showed that Ba Woo was alive. On top of that, King Gwanghae (Kim Tae Woo) demanded his subjects to find the culprit behind this scheme, and Ba Woo and Soo 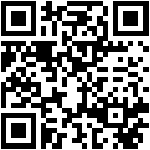