MBC's upcoming drama "On the Verge of Insanity" has released its first stills of Lee Sang Yeob in character!

"On the Verge of Insanity" is a relatable new comedy drama about office workers struggling to survive in the vicious jungle that is the corporate world. Jung Jae Young, Moon So Ri, Lee Sang Yeob, and Kim Ga Eun will star as employees at the competitive Hanmyung Electronics. When the company undergoes drastic changes due to restructuring, they must fight to keep their jobs.

Lee Sang Yeob will star as the sly Han Se Kwon, whose handsome looks and sweet-talking ways have helped him land the title of the youngest development team leader at Hanmyung Electronics. When he is determined to achieve something, he is willing to resort to any means necessary-which is how he became a "dishwasher sales legend" within the company.

However, despite his golden-boy status as 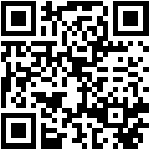