“Love (Ft. Marriage And Divorce) 2” Premieres To Lower Ratings Than Season 1 + “Undercover” Ends On Its Highest Ratings Yet

TV Chosun's "Love (ft. Marriage and Divorce)" has kicked off its second season!

On June 12, "Love (ft. Marriage and Divorce) 2" aired its premiere amidst stiff competition from tvN's "Mine," with which it shares a time slot, and MBN's "Bossam: Steal the Fate," which airs slightly later in an overlapping slot.

According to Nielsen Korea, "Love (ft. Marriage and Divorce) 2" scored an average nationwide rating of 4.9 percent for its season premiere, marking a decline from the finale of Season 1 (which earned a nationwide average of 8.8 percent). The figure also fell short of the 7.7 percent rating achieved by the Season 1 premiere.

Meanwhile, JTBC's "Undercover" came to a triumphant end, with its series finale achieving the highest viewership ratings of its entire run. The final episode of "Undercover" scored an average nationwide rating of 5.2 percent, marking a new 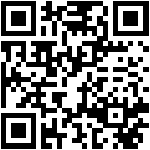