3 Reasons To Anticipate The Spicier-Than-Ever Season 2 Of “Love (Ft. Marriage And Divorce)”

TV Chosun's "Love (ft. Marriage and Divorce)" is back with a new season!

"Love (ft. Marriage and Divorce)" is a drama about three women in their 30s, 40s, and 50s whose marriages are shaken up by unexpected events. It is written by Im Sung Han, a famous makjang drama writer. The first season aired in early 2021 and holds the record for the highest-rated TV Chosun drama.

Here are three reasons to anticipate the new season, which promises to be even spicier than before:

Even among makjang dramas, which are dramas that feature extreme plot twists, Im Sung Han is a famous name. Through dramas like "See and See Again," "Dear Heaven," and "New Tales of Gisaeng," she proved that there is no story too wild for her to handle. Although the initial setup in "Love (ft. Marriage and Divorce)" featured realistic and ordinary marriages, the second season will show the avalanche 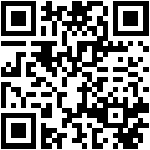