"So I Married the Anti-Fan" has unveiled new stills ahead of the upcoming episode!

The romantic comedy is about global K-pop star Who Joon (Choi Tae Joon) and his anti-fan Lee Geun Young (Girls' Generation's Sooyoung) who are starring in a virtual marriage variety show.

Previously on "So I Married the Anti-Fan," JJ (2PM's Chansung) met up with Bae Young Seok (Kim Min Kyo), the CEO of Who Joon's agency, to propose a merger and expose Who Joon's love life. Shocked by the truth, Bae Young Seok visited Who Joon. The two had a heated argument, and Bae Young Seok ordered someone to report Who Joon's every move to him. 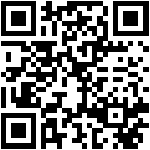