"Bossam: Steal the Fate" has officially made MBN history!

On June 12, the historical drama starring Jung Il Woo and Girls' Generation's Yuri soared to new heights as it achieved its highest viewership to date. According to Nielsen Korea, the latest episode of "Bossam: Steal the Fate" scored an average nationwide rating of 8.7 percent and a peak of 10.0 percent, making it the most-watched cable drama of the night.

Not only does the figure mark a new all-time high for the series, but it has also set a new record for the highest viewership ratings ever achieved by any drama in MBN history.

With seven episodes left in its run, it remains to be seen whether "Bossam: Steal the Fate" will be able to break its own record by rising even higher in the weeks ahead.

Congratulations to the cast and crew of "Bossam: Steal the Fate"! 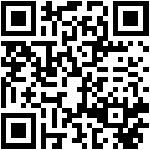