Watch: Han So Hee Gets Caught In Song Kang’s Web Of Sweet Words And Actions In “Nevertheless”

JTBC's upcoming drama "Nevertheless" has released a teaser for the first episode!

Based on a popular webtoon, "Nevertheless" is about the romance between a woman named Yoo Na Bi (Han So Hee), who doesn't believe in love but still wants to date, and a man named Park Jae Uhn (Song Kang), who thinks dating is a pain but likes to have flings.

The first episode teaser starts with Yoo Na Bi narrating, "It sounds ridiculous, but the moment that our eyes met, the broken heart that had weighed me down melted like snow." Yoo Na Bi had sworn off romance after her first love ended pathetically, but begins to feel her heart stir again after a fateful meeting with Park Jae Uhn.

Later, Yoo Na Bi finds out that they are both students at the same university and in the same department. Unconsciously, she finds herself gravitating toward him like a butterfly ("Na Bi" means "butterfl 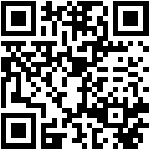