“The SOP for all EMCO areas is the same as that announced previously. Further information can be accessed at the National Security Council’s website at www.mkn.gov.my,” he said in a statement on the MCO today

7
How to Install Newswav
1. Scan the QR code below
1. Tap this button 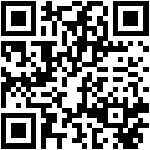