Chelsea have completed the signing of Lauren James from Manchester United on a four-year deal.

Sky Sports News understands that the deal for the forward - the biggest between Women's Super League (WSL) clubs - is worth up to £200,000 with bonuses. The initial fee is in the region of £70,000.

One of the reasons behind the transfer was the 19-year-old's desire to move back down south to be closer to her family. Her brother Reece plays for Chelsea.

Image: James was a part of the United side that secured fourth place in the WSL last season

On signing for the WSL champions, James said: "It's a great feeling to come back home, to a great club, the club I started at the age of six. To be able to play for the first team now a 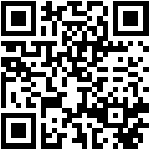