Recently, you might have seen a viral TikTok video uploaded by a staff member at a vaccination centre (PPV) where she shared her encounter with an elderly lady who was alone because her son was too busy to send her for her appointment.

WORLD OF BUZZ has since had the opportunity to interview Emelia, who shared with us what she encounters on a daily basis as a PPV staff.

Thayanithy Jaime James
•
1 month ago
Thank you Emerli. Thank you you for you passion in you work and at the same time understanding your patients problems. Only a human with a goof heart and feelings would do this. Thank you again and be safe and God bless you rewardingly.
How to Install Newswav
1. Scan the QR code below
1. Tap this button 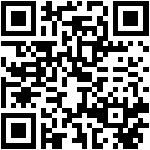