Sancho, whose move to Old Trafford was agreed in principle on July 1, completed a medical earlier this month after his participation at Euro 2020.

He has signed a five-year deal at United, with an option of a further year, and Sancho will wear the No 25 shirt for his new side.

The 21-year-old joins the Premier League club after four years in the Bundesliga with Dortmund, where he won the German Cup in his final season and scored 50 goals across 137 appearances. 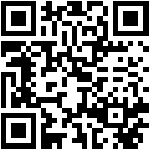