Ryan Giggs 'kicked ex in back and threw her naked out of hotel room', court told

Former Manchester United footballer Ryan Giggs allegedly kicked his ex-girlfriend in the back and threw her naked out of their hotel bedroom, a court has heard.

The claim forms part of what is said to be a pattern of controlling and coercive behaviour against Kate Greville, 36, between August 2017 and November 2020.

On Friday, Giggs appeared at Manchester Crown Court where he entered a not guilty plea to the above offence.

He denied a second count that he assaulted Ms Greville and caused her actual bodily harm at his home in Worsley, Greater Manchester, on November 1 last year.

Giggs also pleaded not guilty to the common assault by beating of Ms Greville's youngster sister, Emma Greville, in the same alleged incident on November 1.

Details of his alleged controlling and coercive behaviour were read out by the clerk in the particulars of the indictment. 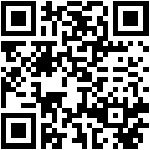