Tottenham have stepped up talks with Atalanta over a deal for centre-back Cristian Romero.

Personal terms with the player are not expected to be a problem if a deal is agreed between the clubs, however, with Spurs ready to give Romero a five-year deal plus an option of a sixth

Tottenham's new managing director of football Fabio Paratici has intensified discussions over Romero, who has also been on Manchester United's list, after sealing a loan for Atalanta goalkeeper Pierluigi Gollini. 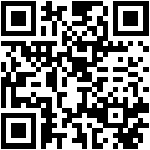