CITF: No Vaccination Appointments For Those Below 18 As of Now For Fear Of Adverse Effects

Vaccination for teens has been ongoing in the other parts of the world but as of now in Malaysia, teens will not be able to get any appointments for vaccination.

While vaccine registration has been approved for teens and children above the age of 12 and CITF has said that they have received registrations from minors of this age group through MySejahtera, they will NOT be getting any appointments for vaccination.

According to Astro Awani, students who have reached the age of 18, for example, those who are taking STPM or STAM this year, will be getting their vaccination app

+60 16*****57
•
2 months ago
Yes, it's better to wait for more data before vaccinating children, especially with emerging data of heart problem from mRna vaccines. Maybe, Sinovax using the old technology (similar to polio, flu vaccines etc) is a better choice for children.
Katherine See
•
2 months ago
Can register minors for vaccination, but they will NOT be given appointments... U have just given another context for "ke sana, ke sini".
1
Aaron Dominic
•
2 months ago
Wise choice. Stick to it until more data is available to enable a more decisive action plan.
1
saffe mohd yusof
•
2 months ago
Talk also pusing pusing macam gasing.
•
2 months ago
Another malaysia smarter than Rest of world form our great dg
How to Install Newswav
1. Scan the QR code below
1. Tap this button 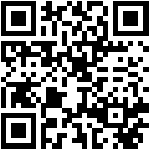