The Hoops hope to bring the 19-year-old Brazilian to Parkhead on loan for next season, but face competition for his services from clubs in Portugal.

Couto, who won the U17 World Cup with Brazil in 2019, spent last season on loan at La Liga 2 club Girona where he made four appearances in the Copa del Rey and featured 22 times in the Segunda Division.

He joined Manchester City last summer from Brazilian side Coritiba and remains under contract at the Etihad Stadium until 2025.

Scottish Premiership 2021/22: View from the standsA 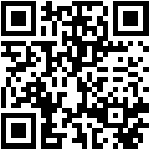