KLANG – A 45-year-old woman succumbed to Covid-19 in a dramatic fashion after she fell unconscious in front of a clinic in Taman Sentosa earlier today.

Death along the corridor. (Photo via FMT)

The incident occurred when the woman and her sister sought treatment at the clinic at about 9.45 am.

“Before a doctor could attend to her, the woman suddenly collapsed and lost consciousness,” he said in a statement today.

An ambulance arrived at the scene at 10.45 am and confirmed the woman’s demise. 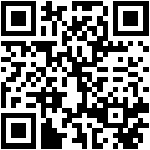