“No malicious intent was found but it was due to human error. This was a very isolated case in comparison to the 15 million successful inoculations.”

He was referring to an incident at the Malaysia International Trade and Exhibition Centre (Mitec) and another at Bangi Avenue Convention Centre last Sunday.

As for the incident at Mitec, Adham said the inoculators involved had been removed while the victim in Bangi received the proper jab.

He added that such incidents are being investigated and there was no evidence that vaccines are being sold on the black market.

Meanwhile, vaccination coordinating minister Khairy Jamaluddin said in a press conference that the most of the 13 reports were proven false o

Azmi Abdul Wahab
•
4 months ago
You are an idiot Adham..Pls resign
2
Tomy Dee
•
4 months ago
Corruption also human error. Stupidity and excuses are umno ingenuity.
4
Chong Han Ming
•
4 months ago
Animals will NOT use the stupid to lead the herd!
4
•
4 months ago
Silly or stupid, or both..,
3
Leong Tong Ong
•
4 months ago
If he just keep quiet 🤫 nobody is going to say he is dumb. Everything he said doesn't make sense.
3
How to Install Newswav
1. Scan the QR code below
1. Tap this button 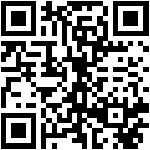