Haniff filed a writ initiating a court action on July 17.

In his statement of claim, he said the monies sought by him are for legal services rendered before Bersatu was formed until it pulled out of the Pakatan Harapan (PH) coalition and subsequently joined Perikatan Nasional (PN).

“From 2015 to 2016, the plaintiff (Haniff) was a lawyer actively battling via legal means the kleptocracy, corruption and abuse of power by then prime minister Datuk Seri Najib Razak and his administration,” said the statement of claim.

“Thus, based on similar philosophica

Paul Lam
•
15 hours ago
In UK, most if not all being hated 4 tkg n NOT gvg back 2 ppl in KIND r no 1 politicians, 2 lawyers, 3 agents, 4 doctors... as dey charge/commission/donations or time regardless solve or not....... ????
•
1 day ago
Serves you right..😂😂
R Ace
•
1 day ago
How come like that hahaha pandan muka? Representing bad paymaster indeed and woke up to realise why didn't collect when due or overdue? No wonder, rich miser easy to get away or bet on the wrong old horse? More of a personal lawyer than party lol?
David Ng
•
1 day ago
Versatile could easily pay the frogs tons and tons of monies but so damn shameful could ill-afford to pay legal fees rendered, 😂
•
1 day ago
Malaysia the bolehland, where money or the love of money is the King..!
How to Install Newswav
1. Scan the QR code below
1. Tap this button 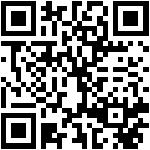