E-commerce platform PUC announced that it has formed a consortium with two unnamed state governments and a conglomerate to submit an application for a digital bank license to Bank Negara Malaysia (BNM).

The consortium is led by PUC, making it a wholly Malaysian consortium.

PUC was formerly known as 11street which has since been renamed Presto in line with its e-wallet product Presto Wallet.

The consortium was formed under the digital banking framework issued by BNM.

PUC said in a statement that “its members recognise the gap presented by the under-served segments which include micro, small and medium enterprises (MSMEs) and B40 segment consumers in Malaysia”.

It will focus on services and tools to meet the financial needs of these target segments. 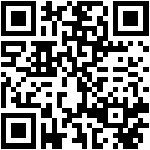