Malaysia has always prided herself as a cultural melting pot, where communities of various cultures and languages live peacefully with one another.

But every now and then, there will occasionally be a small group of individuals who would rear their ugly heads through negative comments.

Shortly after, Team Malaysia reshared the video on their Facebook account, only to have it drowned in a sea of racist jokes.

Several trolls were critical of Chan, saying that he should converse in Malay instead of Mandarin. Some even jokingly questioned his nationality in the comment section. 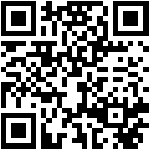