Jurgen Klopp says Liverpool will not risk playing Virgil van Dijk or Joe Gomez in pre-season until they are fully ready to return.

Van Dijk has been out since last October with an ACL injury, and days later Gomez was also sidelined for the year when he did damage to his left knee, requiring surgery.

Both have been training with Liverpool in their pre-season camp in Austria, but have not featured in friendly action, and Klopp says they are unlikely to play any minutes in the Reds' next pre-season game against Hertha Berlin on Thursday July 29.

Image: Liverpool players celebrate after the late own goal winner

Speaking after the 1-0 win over Mainz on Friday to LFC TV, Klopp said: "It would still be a surprise [if they played against Hertha], unfortunately.

"They look really good. But look, they do everything, they play football, we 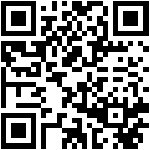