The Olympics has long been recognised as one of the most prestigious sporting events in the world. But the same can’t be said for this year’s edition, which has been mired in much controversy.

With the opening ceremony set to begin today, we’ll be looking into the biggest question on everyone’s minds: Why wasn’t the Tokyo Olympics cancelled?

Most would assume that the host country is the one calling the shots on how the Olympics is going to be run, but nope!

All authority is invested in the International Olympics Committee (IOC), where they are the ‘owners’ of the event, giving them immense power in the decision making process.

alex sum
•
2 months ago
Please stop this murderous "Games of Deaths" by the Japanese government and IOC this evening! The World has suffered enough !!!
How to Install Newswav
1. Scan the QR code below
1. Tap this button 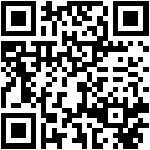