A late own goal gave Liverpool a 1-0 win over Bundesliga side Mainz in their first full pre-season game in Austria.

Alex Oxlade-Chamberlain missed the best chance of the first half, seeing his effort in the box saved well by Robin Zentner, before Liverpool changed all 11 players at half-time at the Goldberg Stadium in Grodig.

Mainz had chances of their own in a dull second half, as substitute goalkeeper Adrian tipped over Dominik Wanner's brilliant volley direct from a corner, before Luca Kilian failed to get his feet right as he diverted Owen Beck's left-wing cross into the net (87).

Liverpool's next pre-season fixture comes against Hertha Berlin in Austria on Thursday. 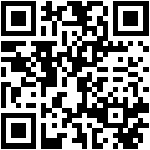