MPs being bullied into supporting govt as Muhyiddin scrambles for majority: Anwar

KUALA LUMPUR – The political intimidation of MPs and coercing them into supporting the government remains due to Prime Minister Tan Sri Muhyiddin Yassin’s lack of a parliamentary majority.

In a statement, Anwar said Perikatan Nasional leaders have consistently used whatever they can find within their arsenal to “bully” MPs into supporting them every time the spectre of Parliament looms, for fear of failing the confidence test.

He also questioned the timing of the charges and demanded that investigations into allegations of misconduct be transparent and professional.

•
16 hours ago
YES PROTECT our Si comel!!!
1
David Ng
•
18 hours ago
PN govt uses dirty tricks.... that's a real shame!
2
Commando Conquer
•
1 day ago
This proved that PN is weak. Anytime with an election, sure they lose all the way..
3
Norman Woo
•
1 day ago
Mr. Muh is afraid to lose his bud!
How to Install Newswav
1. Scan the QR code below
1. Tap this button 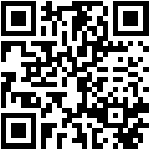