We wish to clarify that the foreigners are waiting for their turn to pay the RM500 compound notices and receive their Check Out Memo before being allowed to leave Malaysia.

“The department has taken steps to speed up the process via special counters in KLIA, with 20 additional counters and waiting areas to be opened at the short term car park, which can hold between 850 and 1,000 people at a time

Putang Inang
•
2 months ago
No SOP...good
How to Install Newswav
1. Scan the QR code below
1. Tap this button 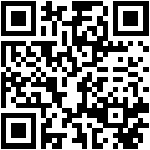