According to Berita Harian, the victim, Muhammad Adam Azman, died due to severe head injuries at 12.40 am, while Muhammad Hamzi Akmal, 18, sustained severe injuries.

The victim then collided with Muhammad Hamzi, who was riding back home from work on his Yamaha LC 135.

“As a result, both victims fell off their motorcycles and one of them was pronounced dead by the Medical Assistant of Kota Jembal Health Clinic.

robert gilbert
•
2 months ago
Bila larut malam tahi kucing kurap...lumba2 haram...best punya...baik mati dalam action drp mati covid.
David Lush
•
2 months ago
Parents do not care any more. Just let them do as they want. Kampungs are the worst..
How to Install Newswav
1. Scan the QR code below
1. Tap this button 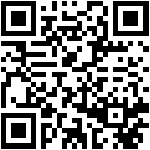