Recently, the Instagram page, The Loud Asians began a movement called “Saya Bukan Pendatang” after a Twitter user made some racist remarks towards non-Bumiputeras.

They took to their Instagram page on 19 July, to bring light onto the issue of how the “Bumiputera and non-Bumiputera” terminology is highly divisive and the correct term that should be used would be “Malaysians”.

Before we get into the matter further, let’s first dive into how and why this movement was formed.

Let’s be honest, the issue of some Malaysians using the terminology “non-Bumiputera” and “pendatang” have been a long-standing issue. This is not something new.

But, here’s a fairly recent issue that triggered many Malaysian’s which

Alan Tang
•
2 months ago
Problem with some of this racist remarks came from those No. 1. Uneducated without knowledge in history. 2.. They themselves came from ( you know where ) their roots. !! 3. politically motives.
3
How to Install Newswav
1. Scan the QR code below
1. Tap this button 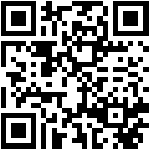