The protest will serve as a continuation of the previous #Lawan movement which was held online.

SSR also encouraged the public to come out and bravely fight for their rights as a form of resistance against a government that had failed to curb the pandemic.

“It’s time for us to have leaders who are self-aware, responsible and humble enough to understand the people.

We do not need leaders who constantly belittle the people’s suffering and make decisions that aren’t beneficial.

SSR has yet to disclose where the protest would be held.

Among the three demands by SS

6
How to Install Newswav
1. Scan the QR code below
1. Tap this button 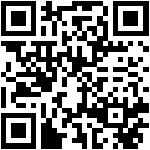