Hannah Blundell has joined Manchester United Women on a two-year deal, with the option of a further year.

The 27-year-old defender moves to United from Chelsea, where she had spent her youth and professional career to date, subject to FA registration.

Blundell, who has won three senior caps for England, follows in the footsteps of Norwegian midfielder Vilde Boe Risa who was confirmed by United as a new signing earlier this week.

馃 Introducing our second signing of the summer... 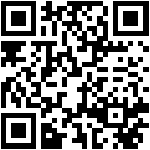