It seems as though the cases of vaccines being wrongly administered are not only happening in Malaysia but in other countries as well. However, instead of empty syringes, vaccine recipients are being injected with water!

At least 800 people in Uganda were allegedly injected with fake Covid-19 vaccines, most of them containing water.

According to Bloomberg, it was reported that certain companies in the country paid to have their employees vaccinated at their work premises, but the medical officials who turned up were fraudsters who administered water to the recipients.

The fake Covid-19 vaccine was said to be administered over May and June as employers rushed to inoculate their workers during a spike in infections caused by the Delta variant.

The alleged fraudsters targeted people who were willing to

•
1 month ago
I think Uganda front liners replicated our front liners fake injection so….Malaysia must be proud to be the leader 🤦‍♂️😫
Tan Yew Wei
•
1 month ago
Imagine Malaysia has already come to this stage of being worse than Uganda. At least they took the effort to catch the culprits. Here our minister is still trying to cover up
Mable Kcm
•
2 months ago
Since moat syringes are pre filled in when we get into our station for our jabs, soon we may not now whether that vaccinator inject water or vaccine. Same colour tho..my first jab, my syringe was already well prepared on the table..she didnt even pump the vaccine out directly from the bottle 🙄 Now they got caught giving some empty jabs..later? Will they do this?
1
saffe mohd yusof
•
2 months ago
In Uganda was done by Fake medical staff but in our country the empty syringe was injected by the so called qualified/recognised medical staff.
3
Anas John
•
2 months ago
What different we are with this Uganda ? We are worst probably stole more. All should be charge and put in jail, bloody criminals all those involved. Kj, dg etcetc shame on you guys !
2
How to Install Newswav
1. Scan the QR code below
1. Tap this button 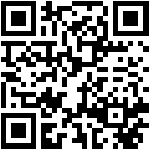