KUALA LUMPUR (July 22): Former youth and sports minister Syed Saddiq Syed Abdul Rahman, who was charged with criminal breach of trust (CBT) and the misappropriation of over RM1.12 million from his former political party Parti Pribumi Bersatu Malaysia (Bersatu) this morning, has pleaded not guilty to both charges.

According to the charges read out to him before Judge Azura Alwi, Syed Saddiq, who was also the Bersatu Youth chief at that time, is accused to have committed CBT by withdrawing the sum of RM1 million on March 6, 2020 from Bersatu's youth wing account, without getting approval from party chiefs.

The incident allegedly took place over a week after the “Sheraton Move”, which led to the collapse of the Pakatan Harapan government and Syed Saddiq losing his post as a minister. Subsequently, amid party infighting within Bersatu, Syed Saddiq and four others — inc

Elan Goven
•
13 hours ago
The rakyat must be protected from jealous evil spirits.
•
15 hours ago
felt like he is the hope malaysia have! Protect our Si comel!
1
Paul Lam
•
18 hours ago
Tis oso [email protected] legacy engrd plan la.... ???
•
1 day ago
This is witch hunting by PM for not collaborating with him or going against him.
1
Kennel Ling
•
1 day ago
fight them syed saddiq.fight those dog who always interfere u with their stupid attitude.not only brainles but not capable to manage the country.msia has no law
1
How to Install Newswav
1. Scan the QR code below
1. Tap this button 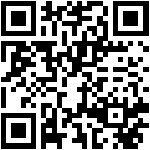