We wonder how contract medical officers are reacting to this news.

Recently, contract-appointed frontliners have been quitting their jobs with a 24-hour notice following inaction by the government in solving their issues. These officers felt that their jobs under the government did not give a clear pathway that would help their future career plans.

In a media statement today (23 July), Prime Minister, Tan Sri Muhyiddin Yassin, said that the Ministry of Health (KKM) has presented a proposal paper to the Cabinet Meeting on 14 July in relation to the improvement of the situation involving contract-appointed medical officers, dental officers and pharmacists reported Astro Awani.

12
How to Install Newswav
1. Scan the QR code below
1. Tap this button 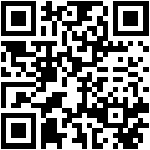